Dostupnosť
skladem
Vydavateľ
CEU Press
ISBN
978-963-386-000-7
EAN
9789633860007
Počet stran
520
Rok vydání
2017
Libor Žídek is Associate Professor at the Department of Economics, Masaryk University, Brno, Czech Republic This book describes the process of the Czech economic transformation from the beginning of the 1990s to the country’s entry into the European Union in 2004. This transformation is divided into four periods: an initial recession caused by the transformation; economic growth in the mid-1990s; a recession connected to the currency crisis of 1997; and recovery and growth from 1999 until 2004, when the analysis ends. The examination covers the main aspects of the transformation—an overall view of the process, political transition, economic policy, economic results (GDP development, infl ation, unemployment), changes in outside indicators (balance of payments), privatization, transformation of the fi nancial sector, and changes in the business sector and institutional development. The book also compares Czech development in this transformative era to those of Poland and Hungary. As in Hungary and Poland, the Czech Republic underwent an exceptional qualitative shift from a system centrally planned to one that was market-based. The book concludes that despite mistakes and hardships, the overall transformation process in Central Europe has been successful. Kniha je dostupná na dotaz 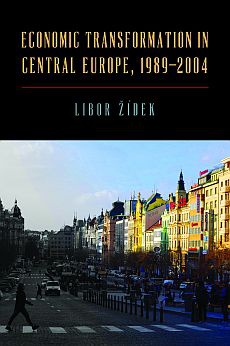