Dostupnosť
skladem
Vydavateľ
Univerzita Karlova, Filozofická fakulta
ISBN
978-80-7308-767-8
EAN
9788073087678
Počet stran
574
Místo vydání
Praha
Rok vydání
2018
This book presents the contributions offered to Professor Jan Bouzek at the conference "Contacts, Migrations and Climate Change" in honour of his 80th birthday held in May 2015 in Prague. The konference goal was not only to honour his exceptional professional achievements but also to create a broad forum for discussion across the archaeology of Europe and the Black Sea, and specifically to include the following topics: The Black Sea Area; The Aegean and Anatolia; Central Europe; Classical, Hellenistic, and Roman; Climate; Celts on the Move; Thrace and its Rulers. Jan Bouzek has been one of the most influential and prolific archaeologists in Europe over the course of his career, with interests spanning climate change, the world of later prehistory in central and eastern Europe, and the archaeology of the Iron Age and Classical world from central Europe, through Bulgaria, to Turkey and the Black Sea area. The papers in this volume reflect these concerns. The world of ancient Thrace is an important area of interest, especially in view of the excavations at Pistiros (Bulgaria) which he led between 1993 and 2015. Contributions relating to the prehistoric Aegean, to Bronze and Iron Age central Europe, to the Classical and Hellenistic Balkans, and to the ancient Pontic world, are among those which reflect the many interests of this wide-ranging and learned - but very human - scholar, and the numerous friendships he formed over the whole of Europe and beyond. 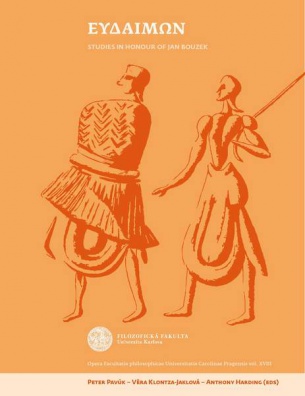 Dumézil - Mýtus a epos I