Globalization and its Discontent Revisited

Dostupnosť
do 2 týdnů
Vydavateľ
W. W. Norton & Company
ISBN
978-03-9335-516-1
EAN
9780393355161
Počet stran
528
Místo vydání
New York
Rok vydání
2018
Formát
14x21,1 cm
When it was first published, Globalization and Its Discontents quickly became a bestseller and a touchstone in the globalization debate. Renowned economist and Nobel Prize winner Joseph E. Stiglitz argued that the International Monetary Fund and other major institutions put the interests of Wall Street and other corporate interests ahead of the developing nations they were supposedly helping, leading to political unrest and rampant inequality. Since then, globalization has continued to be mismanaged and has left a trail of disaffected citizens in its wake. Discontent with globalization is no longer a problem just for developing nations, as made clear by Donald Trump's election to the presidency. Stiglitz's powerful and prescient messages remain essential reading. 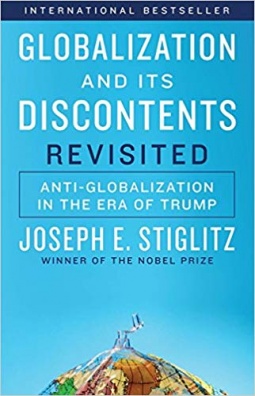 Politics of Pension Reform in Central and Eastern Europe

Psychological evaluations for the courts: A handbook for mental health professionals and lawyers