Dostupnosť
do 2 týdnů
Vydavateľ
Oxford University Press
ISBN
978-01-9879-135-5
EAN
9780198791355
Počet stran
928
Rok vydání
2019
Uwe Kischel's comprehensive treatise on comparative law offers a critical introduction to the central tenets of comparative legal scholarship. The first part of the book is dedicated to general aspects of comparative law. The controversial question of methods, in particular, is addressed by explaining and discussing different approaches, and by developing a contextual approach that seeks to engage with real-world issues and takes a practical perspective on contemporary comparative legal scholarship. The second part of the book offers a detailed treatment of the major legal contexts across the globe, including common law, civil law systems (based on Germany and France, and extended to Eastern Europe, Scandinavia, and Latin America, among others), the African context (with an emphasis on customary law), different contexts in Asia, Islamic law and law in Islamic countries (plus a brief treatment of Jewish law and canon law), and transnational contexts (public international law, European Union law, and lex mercatoria). The book offers a coherent treatment of global legal systems that aims not only to describe their varying norms and legal institutions but to propose a better way of seeking to understand how the overall context of legal systems influences legal thinking and legal practice. 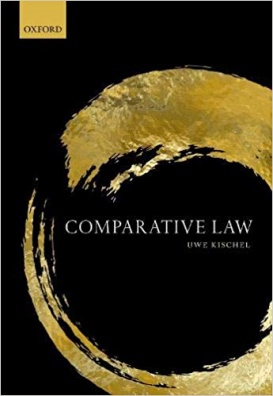 Philosophy of science and its discontents, second edition

The social problems in the Visegrad Group countries