A Guide to the ICC Rules of Arbitration, second edition

Dostupnosť
do 2 týdnů
Vydavateľ
Wolters Kluwer ČR, a. s.
ISBN
978-9041122681
EAN
9789041122681
Počet stran
494
Místo vydání
Nizozemsko
Rok vydání
2005
Formát
A4
The ICC's International Court of Arbitration is the world's pre-eminent institution specializing in the arbitration of disputes arising under international contracts. Since its inception in 1923, thousands of cases have been submitted to the Court for review and decision. To foster a greater understanding of the Court and how it worked, A Guide to the New ICC Rules of Arbitration was published in 1998, the same year that the Court agreed the rules. Now recognized as a classic, the 1998 Guide set out in detail the requirements for those wishing to submit a dispute to ICC arbitration or to one of the other conciliation services offered under ICC auspices. Since that time, the ICC Court has received more than 4,000 new requests for arbitration under the 1998 rules. Because the rules are evolving and dynamic, this Second Edition of the Guide, which provides vital updates, was widely anticipated by the arbitration community. 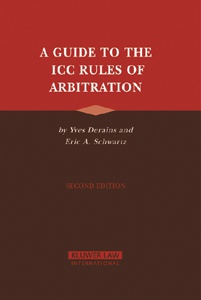 English for the Financial Sector SB

The Macroeconomics of Developing Countries: An Intermediate Textbook

Police Culture in a Changing World

The Rule of Law, Freedom of Expression and Islamic Law